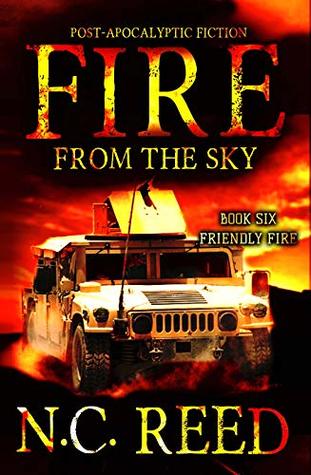 Post-Apocalyptic Fiction by N.C. Reed
Clayton Sanders left home the minute he had his high school diploma in hand. He waited that long only because the Army wouldn't accept him without one. Now, ten years later, he's home. Home with no warning, no advance notice, no anything after being gone ten years with almost no contact with his family. Home carrying a secret that is burning him up from the inside. A secret that has pushed him to the brink, forcing him to become a criminal in order to be where his family needs him to be, even though they don't realize it yet. Because Clayton knows something they don't. Something that hasn't happened, but will. Something that will burn everything it touches. And change the face of the world forever.

Book Six: Friendly Fire
Friendly fire. Two words no soldier ever wants to hear.
Having ended the threat of his father's oldest enemy and the group he controlled, Clayton Sanders believes he can finally put his feet up a bit and relax. Figuratively of course, since there is no relaxing on a farm and ranch. But some peace and quiet will be greatly appreciated and welcome.
Too bad he won't get it.
With the remainder of his old team on their way, Clay starts to think he might be able to breathe easier. Sure, they did say they were running from a big problem out west, but that's out west, right? No reason to worry about that. True, there's still that nutty end times guy on the radio, but he's more comic relief than anything else at this point. Still, it does remind him that he has heard no news from outside their immediate area, forcing him to rethink his initial plans for isolation of the farm from others. On the whole, however, it seems that trouble is a distant problem for the moment.
But his friends find trouble much closer to home as they make their journey to join Clay and the rest at the ranch, uncovering a threat that Clay hadn't known existed. Their arrival also awakens old prejudices and attitudes that will lead to a fracture among the ranch residents, and that fracture will in turn bring vicious enmity among people who had been friends only days before.
That fracture will do what multiple attacks by greater numbers has failed to accomplish; divide a strong and independent group of survivors while taking their attention from the real threats to their safety, even as the farm takes the first steps in reaching out to others, attempting to help the town of Jordan to get on its feet, able to feed and defend itself once more.
After all they've been through, after all they've endured and dealt with, conflict from within may well be what breaks them. The damage that comes from within, friendly fire, could well do more to cripple them than anything that has come from outside thus far. One thing is universal it seems; friendly fire. . .isn't. 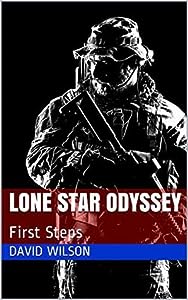 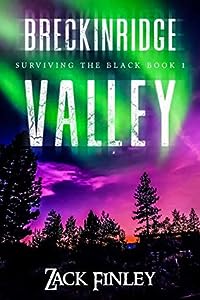 Breckinridge Valley: Surviving the Black--Book 1 of a Post-Apocalyptical series 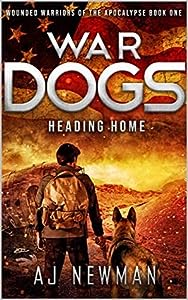 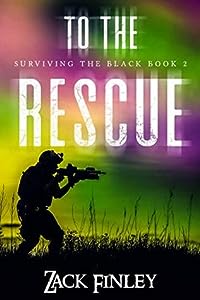 To the Rescue; Surviving the Black--Book 2 of a Post-Apocalyptical Series