MORE COFFEE & DONUTS with the DEARLY DEPARTED: VOL 2: Working My Way Through College as a Mortician's Apprentice (VOLUME 2) 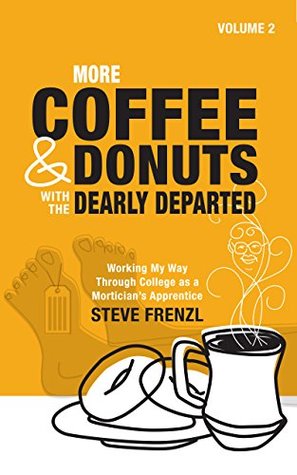 Due to the success (more truthfully, survival) of Embalming Lesson 3, Steve is quickly promoted to “apprentice” which means now he does pretty much EVERYTHING: embalming, dressing, cosmetics, customer relations, funeral services, burials. Plus he learns why stink stinks, all the reasons NOT to smoke, and discover how much deader than dead a body can get. In addition, he assists with autopsies, completes a hole-in-the-head art project, creates a mini-Cyclops, knows when NOT to fly an airplane, stops asking why some people are even alive (because the Grim Reaper apparently hears), and much more.

There are also brain games, including MUSINGS DE FORMALDEHYDE with a little old lady at 2 AM, and what it might be like to observe the body-preparation process as a case, meaning FROM THE OTHER SIDE.

VOLUME 2 ends with a miraculous BILLION-TO-ONE GOODBYE phone conversation with Norm, who became the “greatest grandpa” a young mortician’s apprentice could ever have.

Readers are also invited to use the LIFE-ALONE PLANNER (a digital workbook) that was instigated by the author's observations that the vast majority of survivors returned home after the loss of a loved one to live life alone, wholly unprepared to do so. The workbook enables couples to plan ahead, thus providing guidance and peace of mind for the surviving partner. The PLANNER is FREE and can be downloaded at https://coffeeanddonuts.biz. 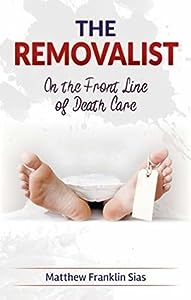 The Removalist: On the Front Line of Death Care (Silent Siren #2) 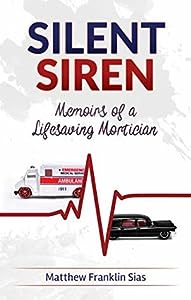 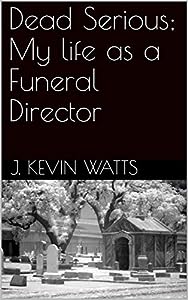 Dead Serious; My life as a Funeral Director 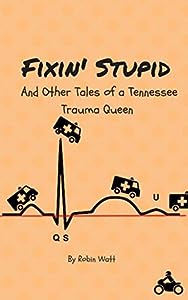