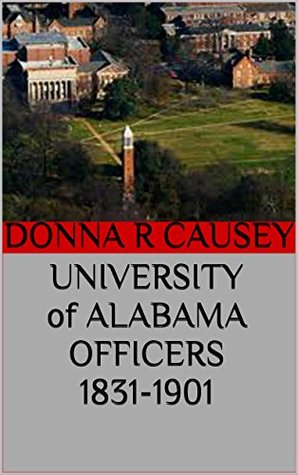 In 1818, the federal government authorized the Alabama Territory to establish a 'seminary of learning.' After Alabama was admitted to the Union in 1819, the seminary was established and “The University of the State of Alabama” was opened April 18, 1831 in Tuscaloosa, Alabama, the state's capital at the time.

Discipline was a problem in the university's early history, though early presidents attempted to enforce strict rules regarding conduct. In order to combat the discipline problem, President Landon Garland lobbied and received approval from the legislature to transform the university to a military school. The cadets went on to serve as officers in the Confederate Army during the Civil War.

During the years leading to the turn of the century, the University of Alabama also attracted consultants, students, instructors and tutors interested in the coal, and iron-making industry of Alabama. Many of the men included in this book expanded their careers to other states and became world-renowned scientists.