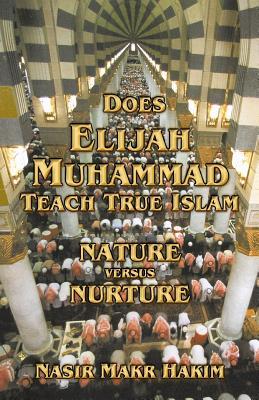 Finally, no hype or grandstanding. This book is an analysis of the facts through the eyes of history, scripture and the prophets! Maulana Muhammad Ali, in his writing titled, The Religion of Islam, Revealed Books; Revelation Brought To Perfection wrote, "According to the Qur'an, revelation is not only universal but also progressive, attaining perfection in the last of the prophets.... A revelation was granted to each nation according to its requirements, and in each age in accordance with the capacity of the people of that age. And as the human brain became more and more developed, more and yet more light was cast by revelation on matters relating to the unseen, on the existence and attributes of the Divine Being, on the nature of revelation from Him, on the requital of good and evil, on life after death, on Paradise and Hell. The Qur'an is called a book "that makes manifest," because it shed complete light on the essentials of religion, and made manifest what had hitherto remained, of necessity, obscure. It is on account of this full resplendence of light, which it casts on all religious problems that the Qur'an claims to have brought religion to per-fection: "This day have I perfected for you your religion and completed My favour to you and chosen for you Islam as a religion" (5:3). Six hundred years before this revelation, Jesus Christ said: 'I have yet many things to say unto you, but ye cannot bear them now. Howbeit when he, the Spirit of truth, is come, he will guide you into all truth" (St. John. 16:12, 13). This is clearly a reference to the coming of a revelation with which religion will come to perfection, and, among the sacred books of the world, the Qur'an alone advances the claim that it has brought religion to perfection; and, in keeping with that claim, has cast the fullest light on all religious questions." Yet, a larger question still remains: Was all that done 2000 years ago with Jesus, or 1,400 years ago with prophet Muhammad? If so, where are the enlightened ones resurrected by prophet Muhammad, or the Saved ones resurrected by Jesus?