A Larger Hope?, Volume 1: Universal Salvation from Christian Beginnings to Julian of Norwich 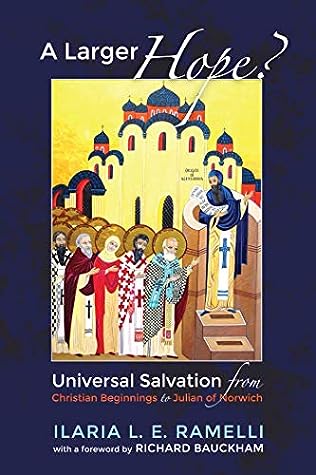 Publisher: Cascade Books, an Imprint of Wipf and Stock Publishers

In the minds of some, universal salvation is a heretical idea that was imported into Christianity from pagan philosophies by Origen (c.185-253/4). Ilaria Ramelli argues that this picture is completely mistaken. She maintains that Christian theologians were the first people to proclaim that all will be saved and that their reasons for doing so were rooted in their faith in Christ. She demonstrates that, in fact, the idea of the final restoration of all creation (apokatastasis) was grounded upon the teachings of the Bible and the church's beliefs about Jesus' total triumph over sin, death, and evil through his incarnation, crucifixion, resurrection, and ascension.

Ramelli traces the Christian roots of Origen's teaching on apokatastasis. She argues that he was drawing on texts from Scripture and from various Christians who preceded him, theologians such as Bardaisan, Irenaeus, and Clement. She outlines Origen's often-misunderstood theology in some detail and then follows the legacy of his Christian universalism through the centuries that followed. We are treated to explorations of Origenian universal salvation in a host of Christian disciples, including Athanasius, Didymus the Blind, the Cappadocian fathers, Evagrius, Maximus the Confessor, John Scotus Eriugena, and Julian of Norwich.

"This large yet lucid volume is not only a recapitulation, in somewhat more popular terms, of the author's monumental study of apokatastasis, or universal restoration, in early Christian thought; it carries the story forward to the middle ages, adds material on annihilationism, and digests the author's previous work on the meaning of the word aionios into an appendix--all with an unmatched command of primary sources and scholarly literature."
--Mark Edwards, Professor of Theology, University of Oxford

"Is universalism an aberration in Christian theology? Definitely not, according to this remarkable assemblage of material . . . This book is strongly recommended for effectively trouncing the misconception that philosophy or heresy was primarily responsible for the universalist view--rather it was a widespread way of reading Scripture."
--Frances Young, Emeritus Professor of Theology, University of Birmingham, UK

"Ramelli's larger project on the status of universalism in the history of Christian thought has already altered the scholarly landscape in many absolutely crucial respects; this indispensable book adds a great many vital dimensions to that project, and adumbrates still more revelations in volumes to come. We are all very much in her debt."
--David BentleyHart, Professor, Notre Dame Institute for Advanced Study, Indiana

"May we hope for the salvation of all? In this compelling work, Ramelli demonstrates with careful scholarship and immense learning that there is indeed a tradition--sometimes hidden, sometimes manifest, rooted in the Scriptures and the conviction that all being is created by God--that embraces this larger hope that all beings will find their destiny in God."
--Andrew Louth, Emeritus Professor of Patristic and Byzantine Studies, Durham University

Ilaria L. E. Ramelli is Full Professor of Theology and K. Britt Chair in Christology at the Graduate School of Theology, SHMS (Thomas Aquinas University 'Angelicum'), senior visiting professor at major universities, and elected Senior Research Fellow at Durham University (for the second time), at Erfurt University, Max Weber Center (within a Research Award from the Humboldt Foundation), and Fowler Hamilton Fellow at the University of Oxford. 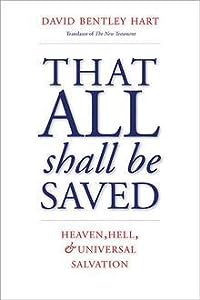 That All Shall Be Saved: Heaven, Hell, and Universal Salvation 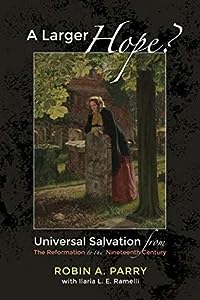 A Larger Hope?, Volume 2: Universal Salvation from the Reformation to the Nineteenth Century

By Robin A. Parry

On the Soul and the Resurrection

By Gregory of Nyssa 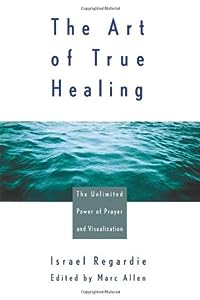 The Art of True Healing: The Unlimited Power of Prayer and Visualization