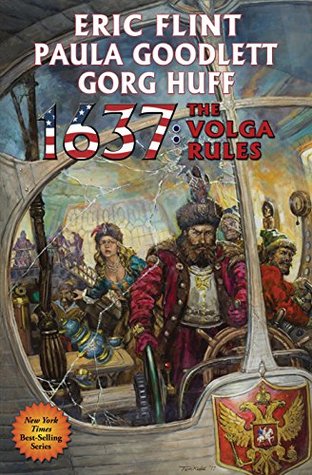 It’s been five years since a cosmic incident known as The Ring of Fire transported the modern day town of Grantville, West Virginia, through time and space to 17th century Europe. The course of world history has been forever altered. And Mother Russia is no exception.

Inspired by the American up-timers’ radical notion that all people are created equal, Russian serfs are rebelling. The entire village of Poltz, led by blacksmith Stefan Andreevich, pulls up stakes to make a run for freedom.

Meanwhile, Czar Mikhail has escaped house arrest, with the aid of up-time car mechanic Bernie Zeppi, his Russian associates—and a zeppelin. The czar makes his way to the village of Ufa. There he intends to set up a government-in-exile. It is to Ufa that the serfs of Poltz are heading, as well.

The path is dangerous—for the serfs as well as the czar. They face great distances and highwaymen. But the worst threat are those in the aristocracy who seek to crush the serfs and execute the czar in a bid to drive any hope for Russian freedom under their Parisian-crafted boot heels. But the Russians of 1637 have taken inspiration from their up-timer counterparts. And it could be that a new wind of liberty is about to blow three centuries early—and change Mother Russia forever.

At the publisher's request, this title is sold without DRM (Digital Rights Management).

About 1636: The Kremlin Games:
“…a well-constructed plot filled with satisfying measures of comedy, romance, political intrigue, and action.”—Publishers Weekly

About 1635: A Parcel of Rogues:
"The 20th volume in this popular, fast-paced alternative history series follows close on the heels of the events in The Baltic War, picking up with the protagonists in London, including sharpshooter Julie Sims. This time the 20th-century transplants are determined to prevent the rise of Oliver Cromwell and even have the support of King Charles."—Library Journal

About 1634: The Galileo Affair:
"A rich, complex alternate history with great characters and vivid action. A great read and an excellent book."—David Drake

“This alternate history series is . . . a landmark…”—Booklist

Eric Flint is a modern master of alternate history fiction, with over three million books in print. He’s the author/creator of the multiple New York Times best-selling Ring of Fire series starting with first novel 1632. With David Drake he has written six popular novels in the “Belisarius” alternate Roman history series, and with David Weber collaborated on 1633 and 1634: The Baltic War and latest Honorverse series entry Cauldron of Ghosts. Flint's latest Ring of Fire novel is 1636: The Ottoman Onslaught. Flint was for many years a labor union activist. He lives near Chicago, Illinois. 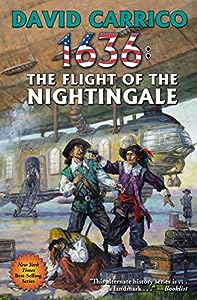 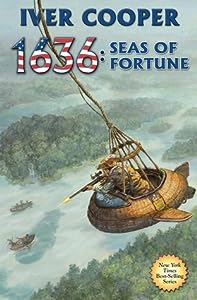 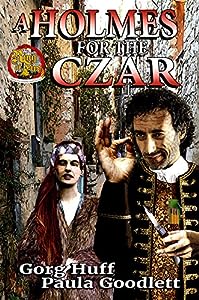 A Holmes for the Czar (Ring of Fire Book 8) 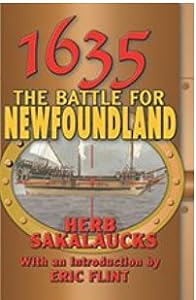 The Battle for Newfoundland