Last Man Down: A Firefighter's Story of Survival and Escape from the World Trade Center 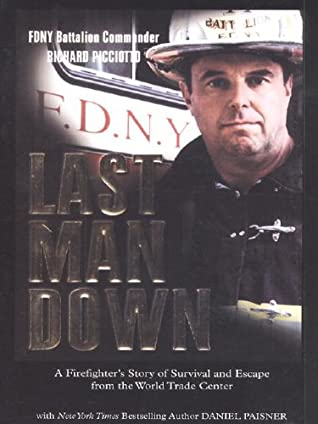 The Barnes & Noble Review
Anyone who witnessed the 9/11 terrorist attack on New York City probably wonders, What was it like to be inside the towers after the planes hit? New York Fire Department battalion chief Richard "Pitch" Picciotto was there, inside the North Tower, evacuating survivors, when the South Tower collapsed. He and his men quickly realized they had only moments to escape before their building would fall as well. Could they shepherd everyone out in time? Could they save themselves? Readers will be spellbound -- even though Pitch himself obviously does survive, they will be furiously biting their collective nails nonetheless.

After a short tribute to the many members of "New York's Bravest" who perished that tragic day, Picciotto's recounting of September 11th begins with the usual rituals: getting his son, Stephen, off to school, seeing his wife, Debbie, off to her job, grabbing some bagels for the guys on the day shift. But when the news comes in, and all eyes in the firehouse turn toward the TV, everything changes: "Our world turned upside down and inside out and all over the place." Pitch, who was at the WTC during the 1993 bombing incident as well, immediately senses that this is no accident.

In a way, the scariest moment in the book is the frantic ride downtown to the WTC site. Everyone senses that this may well be the last such trip of their lives (and the reader, of course, knows just how true that is). Firefighters are trained to put such thoughts out of their minds, but this is no simple fire; it's what they all call "the big one."

For an ultimate "insider" look at what it was like that fateful day, Chief Picciotto's chronicle is highly recommended. (Nicholas Sinisi) 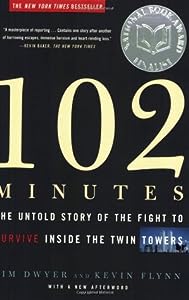 102 Minutes: The Untold Story of the Fight to Survive Inside the Twin Towers

Fire on the Mountain: The True Story of the South Canyon Fire 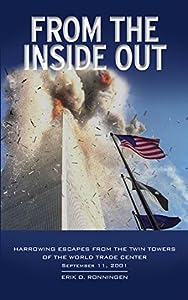 From the Inside Out: Harrowing Escapes from the Twin Towers of the World Trade Center 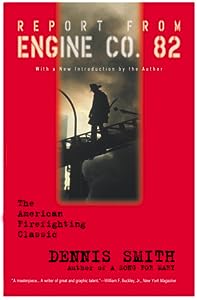