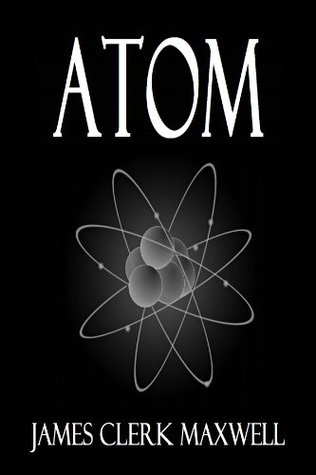 Who better can explain the history of the atom?

An excerpt from the Introductory:

Atom is a body which cannot be cut in two. The atomic theory is a theory of the constitution of bodies, which asserts that they are made up of atoms. The opposite theory is that of the homogeneity and continuity of bodies, and asserts, at least in the case of bodies having no apparent organisation, such, for instance, as water, that as we can divide a drop of water into two parts which are each of them drops of water, so we have reason to believe that these smaller drops can be divided again, and the theory goes on to assert that there is nothing in the nature of things to hinder this process of division from being repeated over and over again, times without end. This is the doctrine of the infinite divisibility of bodies, and it is in direct contradiction with the theory of atoms.

The atomists assert that after a certain number of such divisions the parts would be no longer divisible, because each of them would be an atom. The advocates of the continuity of matter assert that the smallest conceivable body has parts, and that whatever has parts may be divided.

In ancient times Democritus was the founder of the atomic theory, while Anaxagoras propounded that of continuity, under the name of the doctrine of homœomeria, or of the similarity of the parts of a body to the whole. The arguments of the atomists, and their replies to the objections of Anaxagoras, are to be found in Lucretius.

In modern times the study of nature has brought to light many properties of bodies which appear to depend on the magnitude and motions of their ultimate constituents, and the question of the existence of atoms has once more become conspicuous among scientific inquiries.

We shall begin by stating the opposing doctrines of atoms and of continuity before giving an outline of the state of molecular science as it now exists. In the earliest times the most ancient philosophers whose speculations are known to us Seem to have discussed the ideas of number and of continuous magnitude, of space and time, of matter and motion, with a native power of thought which has probably never been surpassed. Their actual knowledge, however, and their scientific experience were necessarily limited, because in their days the records of human thought were only beginning to accumulate. It is probable that the first exact notions of quantity were founded on the consideration of number. It is by the help of numbers that concrete quantities are practically measured and calculated. Now, number is discontinuous. We pass from one number to the next per saltum. The magnitudes, on the other hand, which we meet with in geometry, are essentially continuous. The attempt to apply numerical methods to the comparison of geometrical quantities led to the doctrine of incommensurables, and to that of the infinite divisibility of space. Meanwhile, the same considerations had not been applied to time, so that in the days of Zeno of Elea time was still regarded as made up of a finite number of "moments," while space was confessed to be divisible without limit. This was the state of opinion when the celebrated arguments against the possibility of motion, of which that of Achilles and the tortoise is a specimen, were propounded by Zeno, and such, apparently, continued to be the state of opinion till Aristotle pointed out that time is divisible without limit, in precisely the same sense that space is. And the slowness of the development of scientific ideas may be estimated from the fact that Bayle does not see any force in this statement of Aristotle, but continues to admire the paradox of Zeno. (Bayle's Dictionary, art. "Zeno".